The belt system, developed specifically for being used together with PeniMasterPRO, allows for versatile training of the penis tissue by elongation. The belt pulling force generator can be worn in the most different manners, for example similar to a suspender as shoulder belt, as hip belt, or even as knee belt. Each of the techniques mentioned above has its own advantages that are described in more detail within the application. The belt expander system PeniMasterPRO can be worn unnoticeably under the normal clothing, as hip belt even under simple underwear. The belt expander system causes minimal disruption to your day-to-day activities; even to the extent of sporting activities (e.g. jogging, cycling). NOTE: Glans Chamber not included – sold seperately – see https://menshealthdownunder.com.au/shop/penimaster-pro-anatomic-glans-chamber-replacement/ 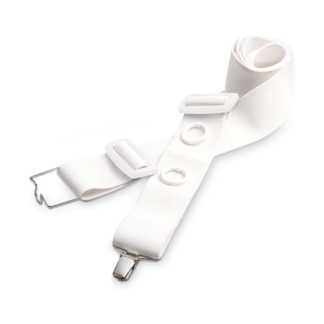